Clenbuterol cycle is used by bodybuilders during cutting phase as this drug has phenomenal fat burning properties.

Clenbuterol works similarly to adrenaline as it stimulates the central nervous system. It is available in the form of a tablet, liquid and it even comes in the rarer form of a powder in some places.

Clenbuterol can have some nasty side effects that we’ll delve in to later on, but these side effects mean that the dosages for this particular steroid will vary depending on how well the person is able to deal with the side effects.

For most males using Clenbuterol, their dosages would be anywhere between four and eight tablets each day and for females, they would usually be on between two and four tablets per day. A Clenbuterol cycle would last for about twelve weeks. However, towards the last few weeks of the cycle, you would likely benefit from doing two weeks on and two weeks off from Clenbuterol. The reason that it makes sense to do the two weeks on, two weeks off kind of cycle towards the end is because Clenbuterol has quite a short half-life of just 35 hours. Many people believe that it is 48 hours which is a common misconception because it has such a short half-life, its effectiveness is quickly decreased.

With a Clenbuterol cycle, the lengths generally vary and you will often be doing short things like I mentioned above with the two weeks on, two weeks off. You may also be doing two days on two days off for example. The idea here is that you are doing this continuously whilst slowly increasing the dosages throughout to have an effective Clenbuterol cycle.

The first one we are going to discuss is the Clenbuterol bursting cycle. This is the method of the two days on, two days off and the idea behind it is really quite basic. You go on a fairly high dosage for two days, then take nothing for two days and repeat. This method can be used for long periods of time. Some people do it for up to months at a time. However this is a very stressful way of cycling Clenbuterol as the body undergoes a lot of activity having to constantly be going up and down because of the high dosages for two days to absolutely nothing for the next two day. This is the least effective method of cycling Clenbuterol, it is very taxing on the body and it doesn’t even take you into the full swing of some of the fat burning properties that it holds. 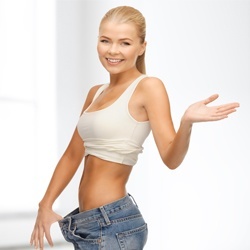 Now for the most common Clenbuterol cycle, the two weeks on, two weeks off method, it is the most popular cycle to be on for Clenbuterol because of the fact that it is quite effective. It allows you to reap the rewards of its fat burning properties, unlike the bursting cycle this type of cycle is pretty easy to follow. The starting dosages are anywhere between 20mcg and 40mcg per day, so you begin the cycle with a fairly low dose.

The maximum dose is between 100 and 140mcg per day, the person on the cycle will gradually increase their dose every day or two until they get to the maximum dose. Yhey will then put the cycle on halt for two weeks where they do not take any Clenbuterol at all. However they do not start the doses low from the beginning again, they begin wherever they left off at the end of the two weeks being on Clenbuterol. For example, towards the end of their two weeks on they finished on 100mcg per day, after their two-week break, they would begin back on 100mcg per day.

Another fairly popular way of cycling Clenbuterol is what’s called the incrementing cycle. This is the most effective and efficient methods of cycling this particular drug. Again, it is quite basic, you being with a dose of between 20 and 40 mcg per day, which is a low dose, but you will increase the dose gradually, over time by 20mcg every two or three weeks. This means that the effectiveness of the Clenbuterol is high because it is always in your system throughout the entirety of your cycle.

Clenbuterol Cycle Side Effects On Men And Women

As you can clearly see, there is quite a list of possible side effects. Like I talked about briefly earlier, this is the main reason why the doses for each person will vary so much as they cannot decide to increase their dose if that’s what their cycle calls for if they are experiencing some horrible side effects. Although, some of these side effects can be treated, for example, the muscle cramps can actually be avoided as long as you are drinking enough water.

So that’s a Clenbuterol cycle for you, be sure to research as much as possible about the three different cycles. Always remember to be cautious when you are looking to buy Clenbuterol and know your body before committing to any type of cycle.