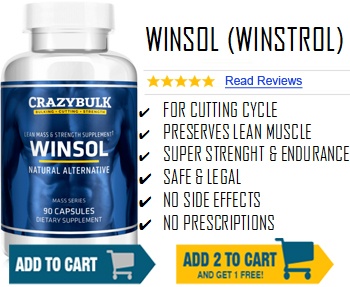 Stanozolol is an anabolic steroid that was first developed during the 1960s, it is a very popular steroid amongst bodybuilders and is often referred to by its brand name, Winstrol.

Stanozolol is derived from the hormone known as dihydrotestosterone (DHT) and it produces little to no estrogenic effects. It is not just used by bodybuilders. Athletes and various other sports personalities have used it and gained from its anabolic properties. Of course they are not looking for the benefits that are to do with muscle mass etc. instead they are training for things like speed and endurance and these are some of the things that can be enhanced.

The use of the Stanozolol steroid has been known to have had quite a history with athletes as so many of them over the years have tested positive for using this anabolic steroid. This is one of the major factors as to why Stanozolol became such a popular anabolic steroid. Many people were witnessing the kinds of results that it was producing amongst famous athletes and they wanted to try it out for themselves.

Stanozolol is available in a variety of different forms. However, the most used ones include the oral from and the injectable form. The oral version is in the form of a tablet, to administer it, all the user has to do is remember to take the pill when it is scheduled as the doses are already measured out for them. The injectable version is in the form of a liquid, this form is a little more complex to administer. The user has to measure out their doses themselves and then inject themselves. If the user does not measure out their dosages correctly, it means that they could accidently overdose which could lead to a whole number of side effects.

The oral form does have a major downfall though. It is more toxic towards the liver. This is because of the fact that it has been chemically altered to be able to reach the bloodstream before becoming destroyed. This protective chemical change means that the tablet becomes hepatotoxic. It also has to pass right through the liver before it is able to get into the bloodstream and therefore it can cause more damage. As long as you do not abuse the anabolic steroid by going over the recommended dosage or using it for more than what your cycle length should be, the majority of people will find that they will have a smooth and successful Stanozolol cycle. 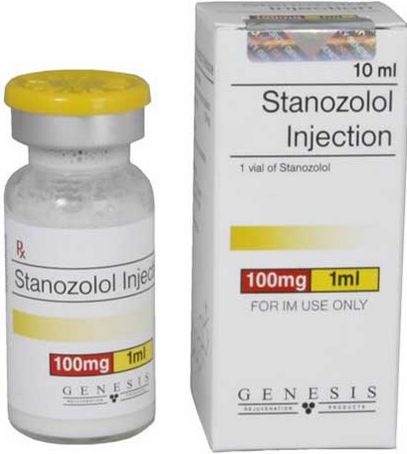 Even though Stanozolol is an anabolic steroid, it has been known over the years to produce very little side effects. This is quite unlike many of the other anabolic steroids around, such as Dianabol Dbol for example, and whose effects can be very dangerous and severe. Like we briefly mentioned before, Stanozolol has some mild androgenic effects. These effects tend to concern women the most due to the fact that they can cause increased body hair, the voice to become deeper and in general just produce masculine characteristics amongst female users. However, as long as they do not abuse the steroid and they use it safely and responsibly they should be able to use Stanozolol without experiencing any of these side effects.

Many Stanozolol users often combine the anabolic steroid with various other steroids in order to see the best kinds of results possible. Due to the fact that Stanozolol is an effective fat burning steroid and is mostly used by bodybuilders during the cutting season, they will find themselves combining it with another fat burning steroid, like Anavar for example, so that their bodies fat burning and muscle maintaining capabilities are at their maximum. Many people think that doing this is going to increase the chances of some severe side effects, this is not necessarily the case depending on the anabolic steroid, what you are stacking it with, the dosages as well as the user’s overall sensitivity to the steroid.

We do however want to say that we do not condone the use of Stanozolol or other anabolic steroids as they carry the potential to cause some serious damage if they are abused and not used how they should be. But as long as you have done the research before you were looking for Stanozolol for sale and you really do understand what is involved when starting up a steroid cycle, you should be fine, provided that you use them responsibly and safely.