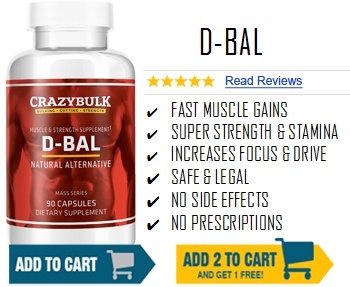 Anabol cycle has been used for many years by bodybuilders who are looking to gain strength and increase their muscle mass.

Anabol – Methandrostenolone (also known as Dianabol) is a very popular anabolic steroid and was amongst the first steroid to be manufactured and the reasons as to why people use it has evolved over the years.

This anabolic steroid helps to develop muscle mass and aids you in your strength gains which is why it is a great choice for people who are bulking as the benefits of this drug can be greatly utilised during this time period.

However, Anabol is also used amongst powerlifters and athletes and they can also benefit from this steroid for different reasons as it can also help them in their competitions.

Anabol cycle can also be beneficial to people who are not wanting to compete in any shows as there are many benefits that would appeal to an average user. One of them including the fact that it helps you to work out for a longer duration of time as the protein synthesis in your muscle tissue is increased which means that amount of nitrogen in your body is also increased.

When the levels of nitrogen in your body are increased, it means that your body is given the ability to be able to push on through the workouts more effectively. Anabol has also been associated with helping people with their appetite as well as helping people who suffer from sleeping problems.Once the Anabol cycle has ended, your body is left in a temporary Anabolic state afterwards so the amount of protein that are in your muscles do not get broken down into amino acids, instead your muscles will remain harder even if you are not working out.

There are a couple different types of Anabol that people use, they include the tablet version where users take it orally or the liquid version where people inject the Anabolic steroid. Anabol is amongst the 17aa category because of the fact that it is effective at getting into the bloodstream.

However, if you know that you have blood pressure issues, you may want to be extremely cautious when taking Anabol because of the fact that it has been known to increase your blood pressure as it is very hepatoxic. As far as many of the other Anabol side effects that are associated with this steroid, they can actually be avoided as a whole as long as you do not abuse the steroid by staying within the recommended dosage of 10mg per day. 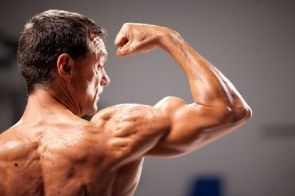 In order for you to start your Anabol cycle, you need to combine it with something injectable that it longer acting. If you want to be able to maximise your results, you can expect the injectable steroids’ results to take longer to kick in and as soon as you notice the first lot of results around the first week of using Anabol, that is then the best time to take the injectable steroid.

At the start of the cycle,it is recommended to take between 25 and 50mg of Anabol during the beginning six weeks of the cycle.Then, once you notice the results from the injectable steroid, this is an indicator that you should stop taking the oral steroid.

If you are looking to bridge between cycles, you first of all need to make sure that your natural hormone levels are recovered back to what they used to be before starting the cycle in order to be effective as bridging between cycles. If you do it right, you will not notice any loss of muscle mass and I would advise you to take a maximum of 10mg of Anabol per day and combine it with an aggressive post-cycle therapy (PCT) drug like HCG. This will allow your hormone levels to back to normal by using other compounds to help out.

Anabol is quite a potent Anabolic steroid and therefore it should not be taken for long durations of time otherwise you would just be increasing your chances of noticing some of the side effects that are associated with this steroid. High blood pressure and liver damage are amongst the most common side effects from people who have abused Anabol. Another potential side effect of Anabol includes users noticing that they are gaining too much water weight, otherwise known as water retention because of the

fact that some of the side effects are associated with estrogen which can lead to things such as gynecomastia, where the breast gland becomes swollen.

If you want to be able to use Anabol and see some great results whilst keeping the side effects down to a minimum, I would suggest you try what is known as the pyramid scheme. It has been used for a long time and it involves a ten week cycle using nothing but Anabol. You take the steroid three times a day by spreading out your dosages and after this ten week cycle, you need to take a four week break to ensure that your muscles can properly repair themselves. People often take Clenbuterol during this period to maintain their muscle mass.

I believe that it is absolutely crucial for people who are thinking about taking steroids to do a lot of research into them before taking them otherwise they end up not being able to use it properly and cause themselves harm. I do not condone the use of Anabolic steroids but people need to be aware of their side effects.