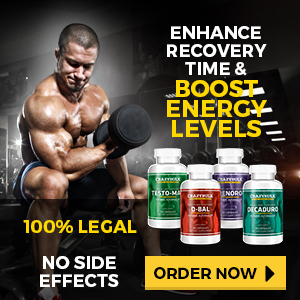 Are you guys ready to get started with this Beast Sports Nutrition Creature Powder review ? Let’s go!

Almost everyone who has been to the gym has heard about creatine as it is one of those supplements that are right at the very top of a pyramid, where it is joined by others such as protein powders and multivitamins.

Now supplements have become very widespread lately and with their new fame also came lots of competition. Having a big selection from which to choose from is always good, but it also makes finding quality products harder.

Not every supplement is made using the same level of quality, and creatine products are no exception. I have been training for 7 years now and have explored various areas related to training, nutrition, and supplementation, and also gained lots of experience and knowledge along the way. It is thanks to these 7 years of training that I can write articles such as this one which will hopefully give you a pretty good rundown on a very good product which I still use to this day.

If you’ve been around for some time you may have already heard about Creature; this creatine product used to have a green tub but has since been reworked and redesigned. The new version of Beast Sports Nutrition Creature Powder now comes with a blue tub and a new improved formula.

What makes Creature special is that it doesn’t just contain one kind of creatine, but 5! Here is a look at each individual creatine found in this product:

I mentioned in the introduction that not every supplement is crafted using the same level of quality, but when one uses creatine made in Germany you know it’s of the highest grade. When compared to creatine made in China for example, which is full of unwanted chemicals such as sodium, dihydrotriazine, dicyandiamide, and creatinine, German creatine truly shines.

These ultra-fine ingredients help your body absorb the creatine faster, but to make it even more effective this product also includes Cinullin® and Astragin®. All of these factors combined are the reason why Bodybuilding.com awarded this supplement their 2014 Creatine Supplement Of The Year award. I think you should also know that in 2012 Beast received another reward from the same site, this time, the Breakout Brand Of The Year award.

Making The Most Out Of Beast Sports Nutrition Creature Powder

While it is totally up to you how you want to use your creatine, I want to share with you in this Beast Sports Nutrition Creature Powder review how I used it personally. I am a big believer in loading when it comes to such supplements, and that is exactly what I did. I loaded with Creature using 20g for a full week, split into four 5 gram dosages throughout the day, and then followed up for another 7 weeks with a maintenance dose of 5g. Please note that loading is not necessary but it helps one to see results faster, which we all want I am sure.

Something else I want to talk about is the mixer you should use. Creature already has a very good absorption rate as it is, but you can further help it by using a sugar-based mixer or protein plus carbs. A very popular sugar-filled drink many people use when taking creatine is grape juice; this helps because it causes your body to release insulin which in turn pushes the creatine into your muscles. Taking creatine with a mixture of protein and carbs also seems to have a similar effect, just make sure you keep the protein and carbs in a 1:1 ratio.

This product comes in two sizes as far as I know; the first contains 50g (10 servings) while the second contains 300g (60 servings). It comes in Best Punch, Cherry Limeade, Citrus, and Pink Lemonade flavors.

That’s all for this Beast Sports Nutrition Creature Powder review guys; I hope you have enjoyed reading it and also learned something new.